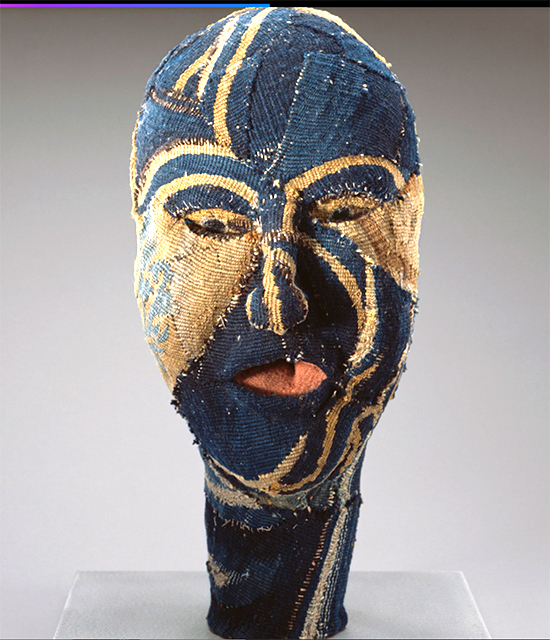 I received an email a few days after I posted the blog. It included a single sentence – a question: Where Are the Women? I felt EXPOSED and GUILTY because I didn’t write about a single woman artist. This post will remedy that omission, and will focus on the artist Louise Bourgeois. Her reputation is stellar.

I am also starting to collect information and write a book that will focus on women artists – because I admire their works and want to know more about them.

The image nearby shows Louise Bourgeois’ bronze, marble and stainless steel sculpture of a spider – an arachnid – titled Maman – dated 1999. The sculpture stands over 30 feet high. It’s installed at the Guggenheim Museum in the Basque city of Bilbao in northern Spain. I included this image because it shows a beautiful blue sky in the background.

Louise Bourgeois always said and did exactly what she liked.

Because my best friend was my mother and she was deliberate, clever, patient, soothing, reasonable, dainty, subtle, indispensable, neat, and as useful as a spider.”

The Huffington Post had a lot to say about Bourgeois’ spider.  In an articled titled “A Love Letter to Louise Bourgeois, A Feminist Icon Whether She Likes it or Not”  (Dec. 6, 2017), Katherine Brooks wrote: Bourgeois created her first arachnid in 1999 and they quickly proliferated, as spiders are wont to do. Titled “Maman,” the spindly creatures and their egg sacs, made from stainless steal, marble and bronze, stood as tributes to Bourgeois’ mother, Josephine.

Bourgeois is best known for her sculptures, which range in scale from the intimate to the monumental. She worked in many different media, including wood, bronze, latex, marble, and fabric. Her imagery included totemic forms, hanging figures and anatomical fragments that conflated or mixed together female/male.

The image nearby is titled Tete V, and is a soft sculpture made with cut and sewn fabric (2004). It sits on a stainless steel base. Notice there are two heads and one neck. Notice how the rough, soft surface of the sewn sculpture contrasts with the smooth, hard surface of the stainless steel. Bourgois is known for juxtaposing materials conventionally considered male or female, and using rough or hard materials associated with masculinity to sculpt soft biomorphic forms that are suggestive of femininity. Image: courtesy Xavier Hufkens Gallery, Brussels. Photo: Christopher Burke © the Easton Foundation.

Fabric played an important role in Bourgeois’ life. She grew up surrounded by the textiles of her parents’ tapestry restoration workshop, and from the age of twelve helped the business by drawing in the sections of the missing parts that were to be repaired. Bourgeois was a life-long hoarder of clothes and household items such as tablecloths, napkins and bed linen. She cut up and re-stitched these, transforming her materials into art. She wrote: The sewing is my attempt to keep things together and make things whole.

Louise Bourgeois began making her fabric heads when she was in her eighties. She cut fabric, typically from the same bolt of cloth, starting with an inner core and gradually adding layers of fabric, hand-stitching the features as the form progressed. It was her intention to make the stitching crude with loose threads and raw edges.

SOME DAYS WERE PINK DAYS

Siri Hustvedt wrote a brilliant review for Bourgeois’ exhibition at the Tate Modern for The Guardian (Oct. 5, 2007) and mentioned a sculpture titled The Three Horizontals (1998), made with fabric and steel, 53 x 72 x 36 inches. This work shows 3 bodies mounted one above the other like diminishing versions of the same person. The review said they are amputees and their soft anatomies appear to have been torn and mended, adding – there is a tenderness in the execution. You expect to see marble, but instead, see pieced fabric. The juxtaposition of the soft fabric and the hard metal creates a tension and makes you take notice.

Louise Bourgeois usually worked in series, often returning to a familiar theme. One theme – Femme Maison (means “house woman”) is shown here – above as a fabric sculpture and below as a chine colle print. The print is dated 1984 and the plate for the print is 9 7/16 by 11 13/16 inches. The fabric sculpture is dated 2005 and the size is 6.5 x 15 x 5 inches. Both images are ©The Easton Foundation/VAGA

If Bourgeois were asked if she knew a piece was finished, she would reply:

“It is never finished. The subject is never exhausted.”

LOUISE BOURGEOIS began her life in Paris, where her parents had a gallery. Later, the family moved to Choisy-le-Roi and then to Antony. Her father served as a soldier during World War I, was wounded at the front, and after his return, the family opened a tapestry restoration studio, where Louise learned to draw in order to assist in the family business. Bourgeois studied mathematics for a short time at the Sorbonne, and then left the Sorbonne for various art schools. In 1938, she met the art historian, Robert Goldwater, married him, and moved to New York, where she lived and worked until her death in 2010

Louise Bourgeois’ work did not emerge OUT OF THE BLUE or in isolation. She drew inspiration from her life as well as the world of art and art history. She worked in two dimensions, in three dimensions and in terms of ideas, subject matter, and media.